Your browser is not Javascript enable or you have turn it off. We recommend you to activate for better security reason<div class="billede"><img alt="Samsung 2011 plasma TVs" src="pictures/mini-samsungd8000plasma.jpg"/></div>Samsung’s new D8000 & D6500 plasma TVs with 3D - FlatpanelsHD 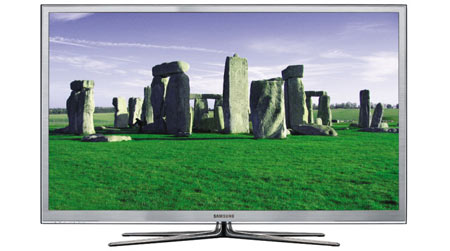 Samsung has unveiled their 2011 plasma TVs with slim designs and thinner bezels than ever. Expect new D8000, D7000 and D6500 plasma ranges with 3D, deeper blacks and 1 inch larger panels. Samsungâ€™s new flagship model is the D8000. It has a slim design measuring just 1.5 inches (3.5 cm) in depth and Samsung has also slimmed down the bezel around the plasma panel. D8000 has a brushed aluminum look (probably made from plastic) and the four-legged stand that Samsung introduced in 2010. The stand also has a swivel function. All the Smart TV features have been integrated. You can access internet services such as YouTube and Facebook or add new services later on with the Samsung Apps Store. The plasma TVs also have built-in Wi-Fi, DLNA and USB. Samsungâ€™s new Touch remote (see above) is bundled with the D8000 range.

Naturally, 3D is still a key selling point in 2011 and 3D has been integrated even in the cheaper D6500 range. Samsung says that 3D picture quality has been improved and the new 3D glasses are lighter than ever. See specifications below. A Samsung D7000 plasma series has also been mentioned but at the time of publication Samsung has yet to release specifications.