Your browser is not Javascript enable or you have turn it off. We recommend you to activate for better security reason<div class="billede"><img alt="Samsung invests in OLED" src="pictures/mini-samsungoledtv55.jpg"/></div>Samsung invests in OLED - DuPont builds OLED facility - FlatpanelsHD

According to Reuters, Samsung plans to invest 7 trillion Won (around 6.2 billion USD) in OLED technology in 2012. DuPont has also announced a new OLED facility in Delaware, USA. DuPont and Samsung are rumored to have entered a partnership.

Last week we told you that LG plans to invest 3.6 billion USD in OLED technology in 2012, but Samsung has an even larger investment planned. 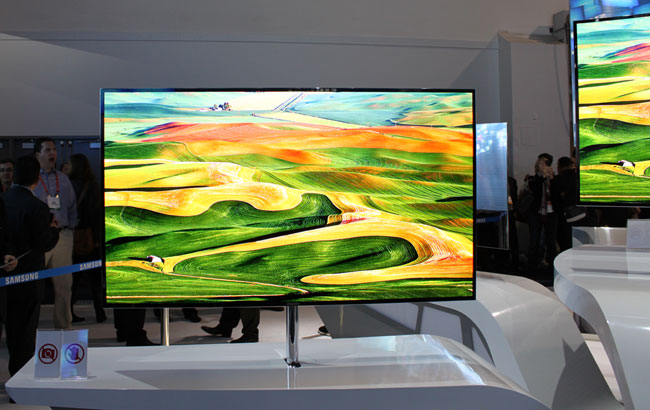 Samsung invests 6 billion USD in OLED technology, so they can make their 55-inch OLED-TV happen

Reuters reports that Samsung plans to invest 47.8 trillion Won (around 41.1 billion USD) in new factories, employees, acquisitions and research. Around 7 trillion (6.2 billion USD) has been earmarked for investment in OLED technology. This is the highest sum Samsung has even invested in a single year. Samsung currently employs 350,000.

Samsung's investments in OLED technology will cover both research and production facilities. Samsung is currently the largest OLED manufacturer in the small-to-medium size screen segment and in 2012 they want to expand to the OLED-TV segment with their 55-inch OLED TV that will be available in the second half of 2012.

According to sources, Samsung will also invest in flexible OLED panels and is expected to have the first mass production line up and running by Q3 2012. Additional capacity will be added in Q2 2013.

DuPont has researched in OLED technology for years. In 2010 they announced how they could produce a 50-inch OLED TV in less than 2 minutes. In late 2011, DuPont announced that they had found a partner for their OLED inkjet printing technology. The media have speculated that the partner is indeed Samsung as LG produces OLED panels via LG.Display. A 4.3-inch prototype OLED display made with DuPontâ€™s inkjet printing

DuPont's recent activity also suggests that something is afoot. DuPont has just announced plans to build an OLED facility in Delaware, USA. DuPont will invest approximately $30 million. The state of Delaware will invest close to one million USD through their investment fund. The OLED facility is not believed to be a facility for mass production but instead a test center for developing and testing OLED production equipment.

DuPont has also reported their quarterly earnings and reveals $20 million in licensing fees, which is most likely attributed to Samsung.