Your browser is not Javascript enable or you have turn it off. We recommend you to activate for better security reasonEizo FS2331 review - FlatpanelsHD Eizo has released a new 23-inch monitor in the Foris range of multimedia monitors. It’s been named FS2331 and has a VA panel. Eizo aims to please gamers and movie lovers that are not tempted by the sacrifice in picture quality from the cheaper TN based monitors.

But how good is the Eizo FS2331 compared to Dell’s popular multimedia monitors such as U2311? Can it compare to actual gaming monitors? And is picture quality close to Eizo’s much acclaimed graphic monitors? We’ll examine FS2331 in depth in this FlatpanelsHD review.

Eizo FS2331 has a different design than most Eizo monitors. The new frame is slimmer and less bulky. Speakers have been integrated at the bottom and the red line that you see between the screen and the speakers is customizable with other colors included in the box. The depth of the cabinet has also been slimmed down compared to Eizo’s previous Foris and current Flexscan monitors. The stand has tilt function but the other nice ergonomic functions that we are familiar with from Eizo have been excluded. This is a shame. Inputs are placed on the back. Here we found 2xHDMI, DVI, D-SUB (VGA) and 1 audio input.

The menu is controlled with the bundled remote and the remote control can also switch between different inputs. FS2331 has no menu button on the monitor itself, meaning that all picture setup is done with the remote. You can also select from these picture presets: User 1, User2, sRGB, Paper, Game and Cinema.

You can see our energy measurements on Eizo Foris FS2331 below.

After calibration I measured energy consumption on Eizo FS2331 to 25.2 W. This on par with most gaming / multimedia monitors today but lower than a typical IPS / VA based monitor. However, it’s on par with Dell’s 23-inch U2311. The stand-by consumption is also very low at 0.1 W.

Out-of-box picture quality on Eizo FS2331 is measured below in the sRGB picture mode. The out-of-box result is actually pretty decent. Gamma is not 100 % accurate and slightly too high rising from 2.3 to 2.4 but some gamers might prefer this setting. For accurate colors we’re aiming for a stable 2.2 gamma curve.

The color temperature is almost spot-on and the brightness was measured to 254 cd/m2 which is high but suited for gaming. The color deviations are not very high and we actually saw the most visible deviations in the darker areas as the graph also suggests. This is due to the slightly too high gamma.

Although not 100 % as accurate as the more expensive Eizo monitor for graphic work, FS2331 has many of the Eizo picture characteristics that often see and praise.

I went on to do a calibration with the setting options available in the menus. The result is very good and gamma is now stable at 2.2. The color temperature is also very close to our 6500 Kelvin target and the brightness has been lowered manually to provide a more all-round picture.

You should probably increase the backlight value when gaming or watching movies but for all-round usage it’s ideal.

My calibrated settings are found below.

I have changed the RGB settings (gain) and the brightness level.

I went on to examine picture quality in practice and here are started with the color gradation. Color accuracy is naturally important but it’s also important to examine how well a monitor distinguishes the many different color shades. We do this with smooth color gradients.

Color gradation is decent but not 100 % on par with the more expensive Eizo monitor incorporating more sophisticated internal color processors. This wasn’t expected either but color gradation could have been slightly better.

I tried to compare the color gradation to Dell U2410 and U2410 with the IPS panel has the edge here. The difference is not huge but visible in a side-by-side comparison. Compared to the TN based monitors out there both FS2331 and U2410 are definitely much better in this regard, however.

The VA panel ensure that color quality is not compromised to the same extend as on TN based monitors and that colors are still pretty accurate when you use the panel from an angle.

Another thing I noticed in the side-by-side comparison to Dell U2410 is that Eizo FS2331 has a more pleasing anti-reflective coating on the panel. The U2410 has a crystalized coating that bothers some users. FS2331 has a VA panel and this means that the coating is less “dirty” and more pure. It’s visible on for example very bright colors and a white background.

Eizo FS2331 has a 1920x1080 resolution in 16:9 aspect ratio and even though I personally prefer the 16:10 format, I think this is a good choice for a gaming / multimedia monitor even though some vertical pixels are sacrificed. It enables users to connect Blu-ray players and gaming consoles without having to worry about scaling issues and that was exactly what I did on FS2311. See the response time section for more information.

I went on to examine the” Paper mode” on FS2331 that is said to give a paper-like reading experience. Basically this mode is just a picture preset with reduced contrast. The picture is less harsh on your concentrated reader-eyes but you can achieve the same result simply by lowering the contrast setting yourself, so no revolution here.

Below I have measured the black level, brightness and contrast.

After calibration I measured an amazing black depth at 0.04 cd/m2 which is very impressive and comparable to the Eizo EV2333W. This is also the best black depth we have measured from a LCD monitor. Actually it’s comparable to most plasma-TVs (often reference for good black levels) out there today.

On the other hand black depth is reduced from angles so you need to sit in front of the monitor for best black reproduction. See the picture of the contrast reduction from angles in the viewing angles section.

Shadow detailing is very decent and only the 2-3 darkest shades are hard to distinguish. This also ensures that details in the darker areas of games and movies are visible, unlike on most gaming monitors with TN panels today.

I finally checked the light homogeneity on the panel in FS23331 and you can see a picture below taken in a completely dark room with the monitor displaying a black background. FS2331 has some very minor bleeding in the lower right corner and at the top of the panel but it very hard to spot. Also, after I lowered the backlight slider in the menus to my calibrated value, the bleeding was reduced to a minimum.

With the Foris range of monitor Eizo aims to please gamers and movie enthusiast, and the HDMI inputs also allow users to connect their PlayStation 3 or Blu-ray players. I tried to connect a PlayStation 3 and everything went smooth. Response time is fair but not fantastic. IPS and VA panel benefit from the overdrive circuits but the TN panels are still faster when it comes to response time and blurring on fast motion. I tried to examine the different Overdrive presets in the advanced menu on FS2331 but I recommend that you keep it at the default value. The Enhanced mode is too aggressive and the Off mode introduces too much blurring on motion because Overdrive is deactivated.

I did see some blurring on fast motion and FS2331 has some minor Overdrive trailing (halos around moving objects) as well but it’s not critical. It’s no problem if you’re into casual gaming and movie watching but the most demanding gamers should probably look for the 120 Hz enabled TN monitors out there such as the LG W2363D.

Compared to Dell’s IPS monitors such as the U2410 and U2311, Eizo FS2331 has slightly more blurring on fast motion. Still, it’s very suited for most gaming and movies, much like the Dell monitors.

The color intensity is reduced from angles but to an acceptable level. Compared to the best VA based panels the VA panel in FS2331 is slightly worse in terms of viewing angles, however. Probably because it’s a cheaper variant.

Contrast is also reduced from angles as mentioned in the picture quality section. This means that the black levels are reduced, too, and that you have to sit in front of the monitor to experience the inky blacks. Eizo FS2331 is what you would call a multimedia monitor. It comes with a tiny remote for switching between different inputs and also has 2xHDMI inputs for connecting devices such as movie players and gaming consoles. On the other hands we would like to have seen more ergonomic features that we have come to expect from Eizo, as FS2331 only has a tilt function.

As usual picture characteristics are very good from Eizo and the VA panel has amazingly deep black levels. We measured black to 0.04 cd/m2 which is the lowest value from an LCD monitor yet. Black is reduced from angles, however, and response time is not as low as the fastest IPS and TN panels today. Color accuracy is good and if you’re looking for a multimedia monitor FS2331 has far better picture quality than any of the TN based multimedia / gaming monitors today. Viewing angles are above average.

Eizo FS2331 is in the same segment as the popular IPS based Dell monitors. It has some other pros and cons due to the VA panel but it’s also targeted for users that don’t want to sacrifice good picture quality for speed (response time) and price. Compared to Dell’s monitors FS2331 has slightly more blurring on motion but it has considerably deeper blacks.

However, the 120 Hz TN based gaming monitors are still preferable for FPS gaming, but this choice is also a compromise as you have to sacrifice picture quality. All in all Eizo FS2331 is a decent multimedia monitor and more casual gamers and movie lovers will enjoy a good all-round monitor.

For questions and comments please visits this thread in our forums: Eizo Foris FS2331 debate 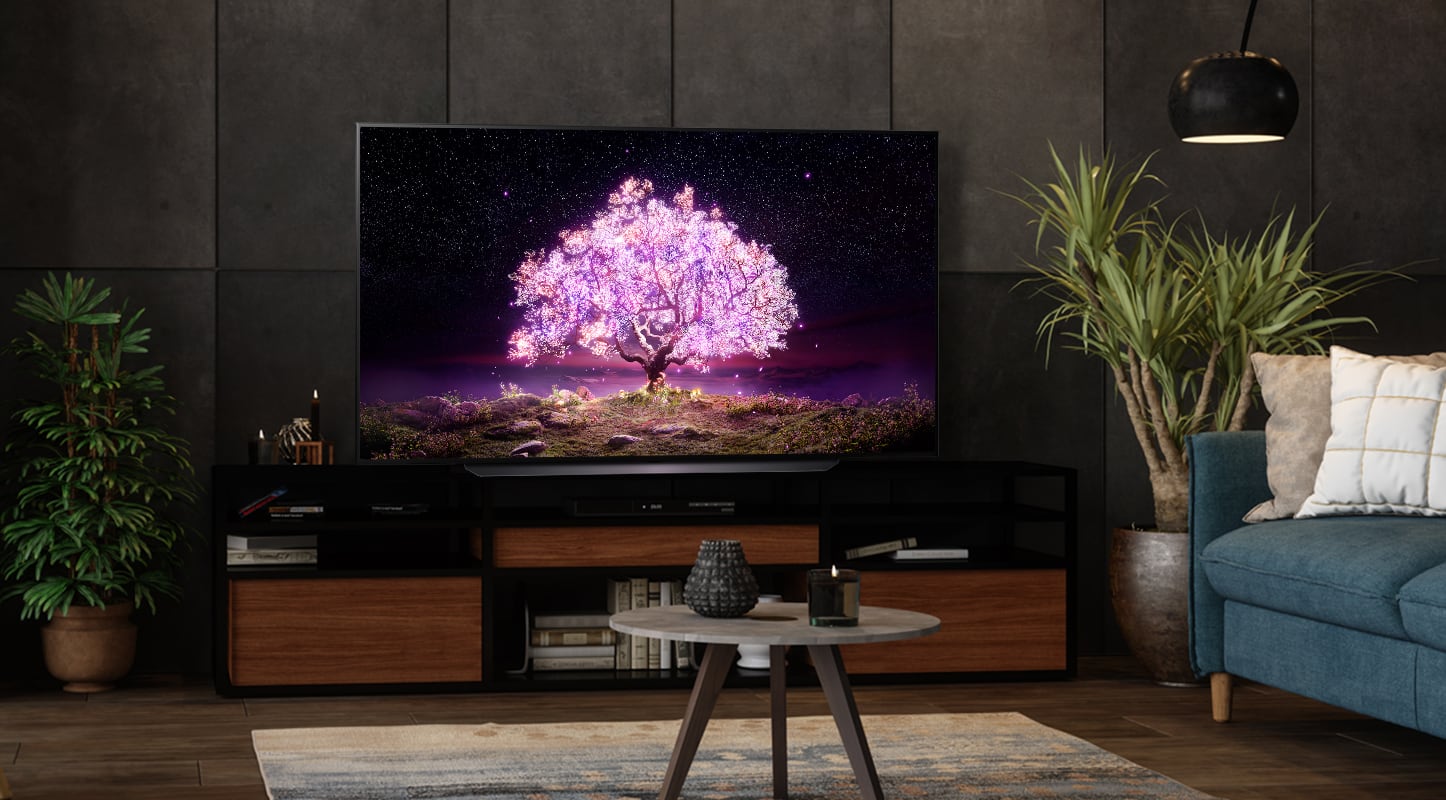